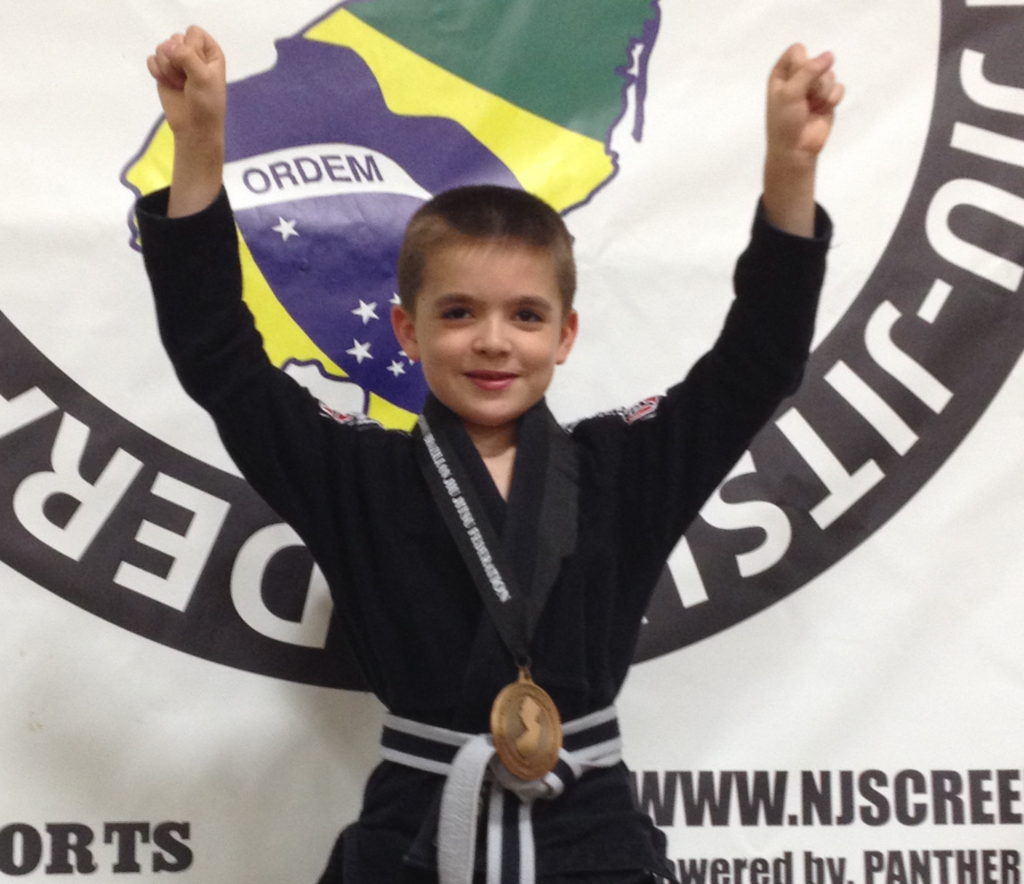 Huge congrats to our competitors yesterday who competed in the NJBJJF Tournament.  For this tournament, we only had two competitors but they competed really well.  In fact, they showed an attitude and work ethic that we really like to see at Spartan MMA.

First, off we had Nick Minafo. Nick is trains in our kids program and already is an experienced BJJ tournament veteran, competing in many tournaments throughout the years.  Nick got third place yesterday competing in three tough back to back matches.  This young man’s experience and technical ability is really showing since he has many years under his belt in our Kids’ Martial Arts Program.  Each year this young man adds new things to his game and his performance is speaking for itself.  The best thing about Nick is he is always having fun and smiling.  He enjoys testing himself and always making himself better.  One word describes this guy: Perseverance!

The other competitor was Josh Fisher. Josh is pretty new to Spartan MMA, training extensively in our BJJ and Muay Thai Kickboxing Program. He decided to compete for the very first time yesterday, testing his abilities. Although he did not win his division, he fought really hard and his potential is evident.  Competing for the first time is a great experience.  Moving forward, you will learn what to expect in a tournament environment.  You walk away knowing how to prepare yourself for future tournaments, as far as physical, mental, and technical preparation.

It’s great to see these guys come out and to an event and try their best against the other local competitors.  Competition is a great measure for the competitors to see what they are doing right and where they need to improve.  Plus, it opens the doors for them for developing future goals.  We like our students to use local competitions as stepping stones for bigger and better things. 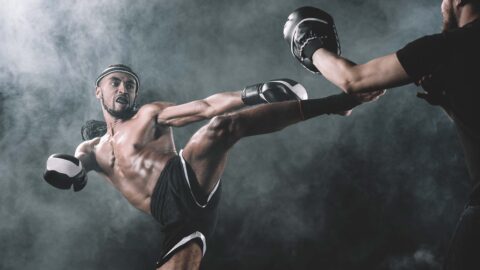 Danny Rios did a great job this past weekend winning two matches and representing his school well. Look for this 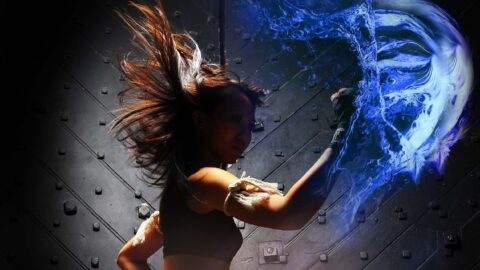 Huge congrats to Nick Minafo and Ben Drucker for their performances at the NJBJJF tournament on Sunday March 1, 2020. 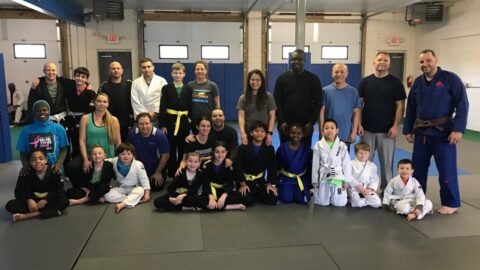 On February 22nd, we had our first parent-child jiu jitsu class.  Our kid students brought in their parents to train

Spartan Mixed Martial Arts in Ocean Township, NJ offers world-class self defense training for students of all ages and skill levels. Whether you’re here to get fit, learn how to protect yourself, or prepare for a competition, we’re here to help!